32 Pakistanis Onboard The Boat Capsized of Libya Coast: FO

Islamabad (February  04, 2018): The Foreign Office of Pakistan on Sunday said that 32 Pakistani nationals were aboard the ship that wrecked off Libya coast on January 31.

“There were 32 Pakistanis among 80 to 90 people aboard the boat,” FO spokesman Dr Mohammad Faisal told newsmen during a press briefing here.

He said that officials of the Pakistani mission reached the site on the same day, adding that human smugglers were trying to illegally take the passengers in the boat to Europe.

Faisal said information on the deceased [Pakistani] citizens is available on the website of the Ministry of Foreign Affairs, adding that four of the deceased Pakistanis have yet to be identified.

“Efforts are being made to bring bodies of deceased Pakistani citizens, for which funds have been provided to the embassy,” the spokesman said. 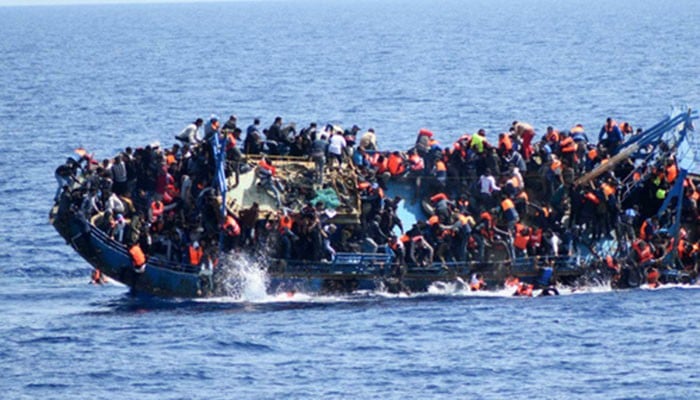 Earlier on Saturday, Faisal confirmed that 13 Pakistanis died in the shipwreck.

The International Organisation for Migration believes the incident did not take place due to inclement weather as the sea was calm.

The people whose bodies have been recovered belonged to Mandi Bahauddin, Gujrat, Rawalpindi and Sargodha areas of Punjab in Pakistan. Previously, a number of similar cases have occurred in which people — mostly from the mentioned areas of Punjab — have lost their lives en route to illegally sneaking into another country.

One Martyred, Two Injured In Indian Firing Across LoC