Two Matches Will Be Played Today In…

Web Desk(May 02, 2018): Afghanistan’s first female airplane pilot who has become a symbol of women empowerment during the US war in the country has been granted asylum by the Trump administration, Wall Street Journal reported.

Niloofar Rahmani, who is a former Afghan Air Force captain, left Afghanistan in 2015 to receive training in the US and to escape death threats directed at her and her loved ones.

The US military sent Rahmani to America and paid for her training. Now, US authorities have decided it is too dangerous for her to return home.

“I’m really happy and thankful to all the people who made this [being granted asylum] happen,” Rahmani, 27, said by phone from the US on Tuesday. “All I want now is to go back to my dream of flying.”

Rahmani was 18 when she enrolled in the Afghan military, with the hope to achieve her lifelong dream to become a pilot.

The US-led military coalition propped her as an example of what Afghan women can achieve under the Western-backed government in Kabul.

Notwithstanding, her story ultimately exposed the limits of what women could accomplish in a deeply conservative country where US-led efforts to empower them have frequently been at odds with local culture.

Right after she graduated pilot training school in 2013, Rahmani became a public figure.

That is when the death threats began. She became a target for the Taliban insurgency as well as for members of her own extended family— uncles and cousins who considered her profession shameful and wanted to punish her to avenge their family honour. 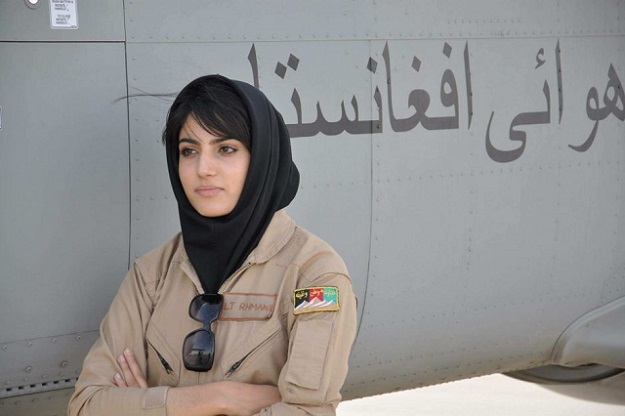 With her parents and siblings, who had supported her career choice, also facing threats, forcing the whole family into hiding.

“We are very pleased that Niloofar was granted asylum,” said her US lawyer Kimberley Motley.

“Her life would be at grave risk if she were forced to return to back to Afghanistan,” Motley added.

Mohammad Radmanish, a spokesman for the Afghan Ministry of Defence said: “As an individual, she has the right to live where she wants.” He declined to comment further.

The pilot’s family remains in Afghanistan, except for a sister who moved to the US recently because she married an Afghan living in America.

In Afghanistan, her close family members are fearful for their lives and continue to live in hiding.