“Nuclear weapons are not pistols or slingshots, they are weapons of mass destruction. Therefore people expect nuclear powers to behave responsibly,” he said.

“If we will have to really confront the Pakistanis, and a task is given to us, we are not going to say we cannot cross the border because they have nuclear weapons. We will have to call their nuclear bluff,” Gen Rawat had said. 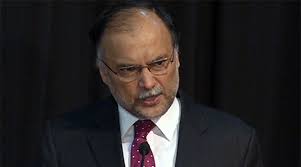 Speaking on Sunday, Iqbal raised questions over the possibility of Indian inclusion in the Nuclear Suppliers Group, given the “irresponsible” statements made.

“What do the Indian army chief and [US President Donald] Trump’s statements indicate?” he asked. “That external attempts are being made to pressure Pakistan.”

In the face of such attempts, it is necessary that there is internal unity, Iqbal stressed.