In a First, Apex Court Gives Its First Verdict Via E-Court System

While hearing the appeal of a suspect in a murder case, the top court expressed annoyance when it got to know that it had been three years since the suspect had filed his plea.

“Why was a judgment not announced for three years? This defies judge code”, the court stated.

The court then approved bail plea and took notice of Sindh High Court (SHC) for delaying to announce its judgment. 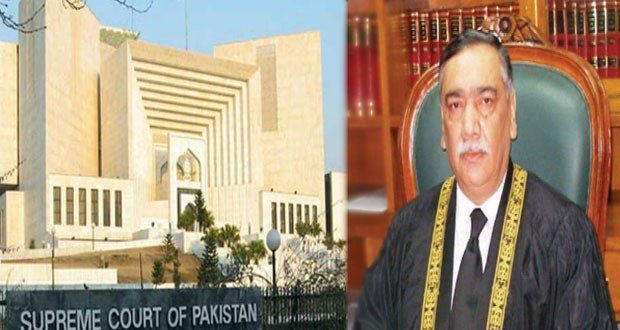 He also commended members of the IT committee including Justice Mansoor Ali Shaha and Justice Musheer Alim for setting up the new technology.

With the introduction of Information Communication Technology ‘E-Court’, it is expected that provision of justice to the public will be accelerated with fewer expenditures.

It will minimise the massive backlog of cases in the Apex court, easing court proceedings for lawyers who may easily operate from cities they are residing in.

In a First, Apex Court Gives Its First Verdict Via E-Court System

Dollar Falls Against Rupee by Rs1