Sources further revealed that Asad Umar might get Ministry of Planning or Energy.

For the past few days, Sheikh Rasheed had been readily busy in attempting to bring back Asad Umar into the federal capital. 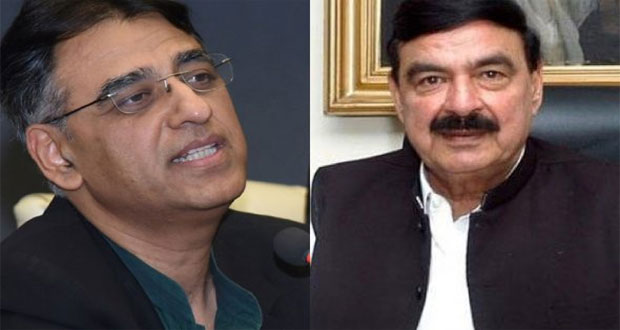 For this purpose, he held several meetings with Asad Umar and also persuaded Prime Minister to meet him.

Last month, Asad Umar announced that  Prime Minister Imran Khan has decided to change his portfolio but he has refused to take any other position.

Asad Umar took to Twitter; and revealed that as part of cabinet reshuffling PM Imran wants to change his portfolio but he has refused to take any position in the cabinet.

He wrote on his timeline; “As part of a cabinet reshuffle PM desired that I take the energy minister portfolio instead of finance.”