Protest In Lebanon Against Lockdown

The flooding struck the towns of Mandra, Nea Peramos and Megara, a semi-rural area west of Athens where many factories and warehouses are based. 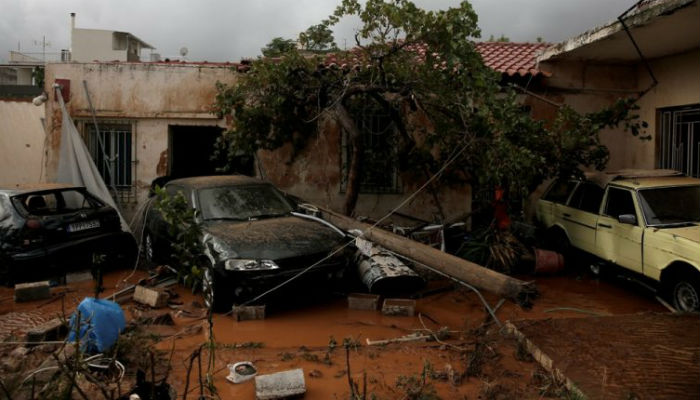 The dead included a handful of people who perished inside or near their homes, a truck driver, a hunter, and two men who were carried by the raging water miles (kilometres) away to the sea.

More than a dozen people were rescued from an intercity bus, while others fled a Johnson & Johnson factory whose outer wall collapsed.

The deputy governor said rubble-clearing equipment had been moved to the area but could not be used until the water levels subside.

Prime Minister Alexis Tsipras said the deaths had been caused by a “disastrous flood” and expressed deep sorrow for the deaths.

The fire service said it had received more than 300 calls for help and dispatched over 120 firemen to the area.