123 Passengers Who Landed At Karachi Airport…

BADIN: Farmer has called for a strike on Tuesday in the district to record their protests against the water scarcity.

As per details, due to the staged protests of the farmers, the roads connecting the district with other big cities have been blocked and the commuters are facing trouble in this regard.

The protesting farmers are chanting slogans against the water shortage in the district and demanding the government to ensure the provision of water to them.

Protesters have also blamed the local feudal lords owing lands at the start of canals of being responsible for the water crisis. 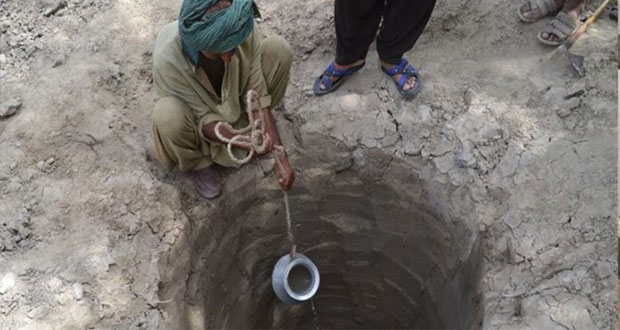 It is pertinent to mention here that Badin is a district of Sindh province located at the delta of the River Indus and has been a victim of water scarcity since past six months and the issue came to limelight after a massive campaign by the local social media activists as they started trends on various social media sites.

Several families are now been forced to migrate from the district because of the crisis.