Those Days Are Not Far When Kashmiris…

THATTA: Police have foiled the attempt of a suspected terror attack on a railway track in Jhang Shahi here on Sunday.

As per details, Bomb Disposal Squad (BDS) has defused the bomb planted near a railway track in Jhang Shahi area of Thatta.

According to SSP Thatta Shabir Ahmed Sethar, “Police have foiled a terror attack on the railway track and arrested seven suspicious individuals from the area.” 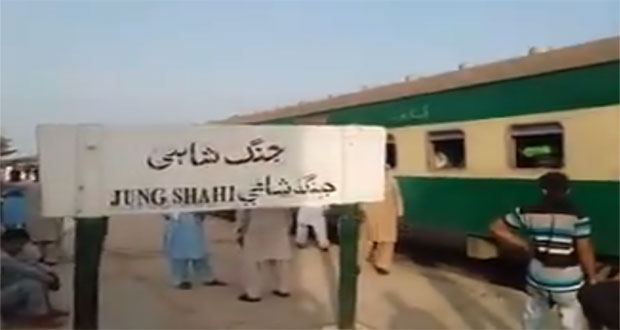 As per details, police have found a locally manufactured bomb from the railway track in Thatta’s Jhang Shahi area. Police have also cordoned off the area and started a search operation in this regard while the locomotion of trains has also been suspended for an unknown time.

Authorities have also sought the help of Bomb Disposal Squad (BDS) and teams have been called from Hyderabad.