Masses To Get Visible Relief In Price…

Ehsaas Nash-o-Numa Program to be Launched on…

ISLAMABAD: Chairman Senate Sadiq Sanjrani on Friday announced to write a letter to the Prime Minister for the continued absence of the latter’s cabinet.

As per details, in a session of the Senate Chairman Senate Sadiq Sanjrani has taken the notice of the continuous absence of the federal cabinet’s ministers and decided to write a letter to the Prime Minister Imran to take notice of the matter.

Chairman Senate in a statement said that we do wait for the ministers every day; PM should take notice of their continuous absence. 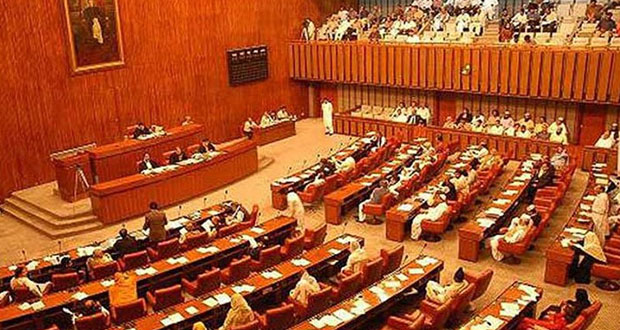 Federal Minister of Aviation Ghulam Sarwar told the house that the government has agreed to pay the entire amount of a grant for New Gwadar International Airport of worth Rs thirty-five thousand two hundred seventy million.

He also in the briefing told the house that the Chinese constructor is expected to start the work from June and the project will be completed within three years.