As per details, CTD in an operation has arrested a suspect who is allegedly involved in attacks over former Corps Commander Karachi and Yaum-e-Ashoor incident and recovered weapons and explosives from his captivity. The alleged terrorist is identified as Ishaq alias Gul and is placed in the CTD’s red book.

According to CTD officials, “The arrested suspect was apprehended during an operation in Paposh Nagar area of the metropolis.

“He returned to Karachi for a suspected terrorist activity in Balochistan,” added CTD officials.

“The arrested suspect returned from Balochistan and is said to be a neighbour of Lashkar-e-Jhangvi’s head Atta Ullah alias Naeem Bukhari. He got his training from Afghanistan,” further said the CTD officials. 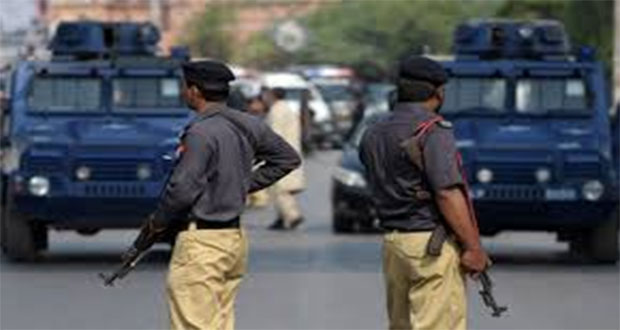 “The said suspect managed to escape to Afghanistan back in 2008 and is placed on CTD’s red book,” officials concluded.