TAUNTON: Bangladesh is set to chase a huge target of 322 runs from the Super West Indian side in the 23rd encounter of Cricket World Cup 2019, AbbTakk news reported on Monday.

West Indies opened the game by losing its important wicket as former skipper Chris Gayle left for the pavilion by scoring six runs only after it was invited to bat first by Bangladesh. West Indies then regained momentum and set a total of 321 runs on the loss of eight wickets.

Opener Shai Hope delivered an impeccable performance by scoring huge innings of 96 runs but unfortunately couldn’t manage to make a century. Another player of the team Evin Lewis also scored an incredible inning of 70 runs to help his team in setting up a good total. 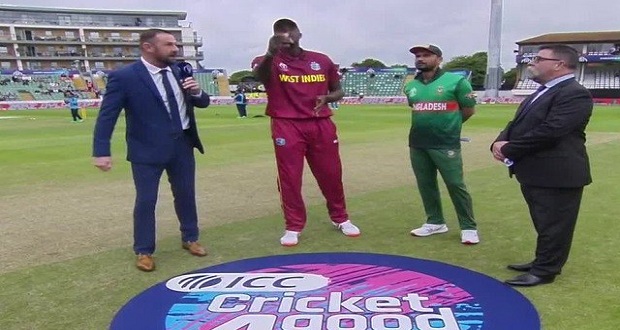 Both teams have played four matches each in the most prestigious tournament of the game and remained unsuccessful in two matches each. However, it will be an important fixture for both teams if they wanted to remain in the tournament.