Govt Believes In Religious Harmony As Per…

Fawad Chauhdry Has No Work In His Ministry: Maryam Aurangzaib

ISLAMABAD: Pakistan Muslim League-Nawaz (PML-N) spokesperson Maryam Aurnagzaib has said that Pakistan Tehreek-e-Insaf (PTI) has a different way of attacking masses adding that the government is going to increase gas prices by up to 80 per cent after that electricity will rise ultimately every utensil used by costumers are going to be increased.

Talking to media in Islamabad Maryam Aurangzaib said that the government is a group of liars while our leaders have ordered to avoid telling lies.

Maryam Aurangzaib said that the government ministers did not have anything to tell masses they just told lies adding that petroleum minister even did not know about the difference in cubic fit and Kilo Watt. 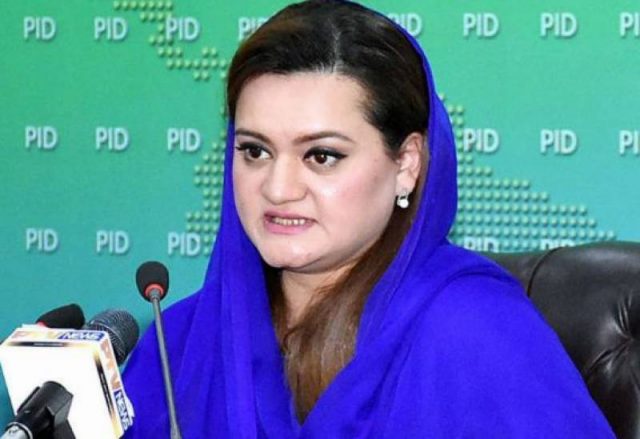 She said that liars people of the government telling masses about the agreement with International Monetary Fund (IMF) while incompetent and liar PM responsible for the situation.

She said that the government accused Khawaja Asif and Shahid Khaqan Abbassi for increase gas prices adding that standing committee meeting could not be held due to Murad Saeed.

The PML-N spokesperson said that they will continue to represent people of Pakistan and never wept when during their tenure in 2013 when the economy was in a dilapidated state.

Declaring the government incompetent she urged it to avoid accusing others over its own fault adding that Federal Minister for Information Fawad Chaudhry has no work in his ministry.