PESHAWAR: Five terrorists have been eliminated by police and security forces at the expense of one policeman who succumbed to gunshot wounds in a night-long operation in Peshawar’s Hayatabad.

As per the latest reports, the operation which began on late Monday night has entered its final stages as it is still underway at the upper floor of a house in Phase VII of Hayatabad.

Moreover, other houses in the neighbourhood were vacated and sounds of explosives going off were also heard at the area, said sources.

Security forces have cleared the basement and ground floor of the house. 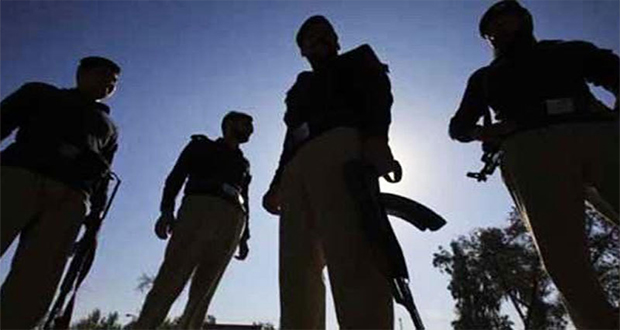 Corps Commander Lt Gen Shaheen Mazhar Mehmood also paid a visit to the spot to review the proceedings of the operation against terrorists. Fresh contingents of security forces have also arrived at the spot.

SSPO Jamil ur Rehman has said that the entire residence will be cleared very soon.

The operation commenced on the late preceding night after Law Enforcing Agencies (LEAs) raided the house on the secret information indicating the presence of some terrorists.

The terrorists opened directed firing on police, injuring a cop, who later scummed to his wounds and embraced martyrdom.

Karachi: HSC Paper ‘Leaked’ For Second Day In A Row