QUETTA: During his short visit to the city prior to leaving for Iran, Prime Minister Imran Khan on Sunday launched ‘Naya Pakistan Housing Scheme’ in Quetta’s Balochistan University of Information Technology, Engineering, and Management Sciences (BUITEMS).

In the first phase, thousands of houses and flats will be constructed in Quetta and Gwadar.

During his visit to the University, he met Hazara community’s delegation to pour in his deepest condolences on the loss of eight innocent lives in Hazarganji blast. 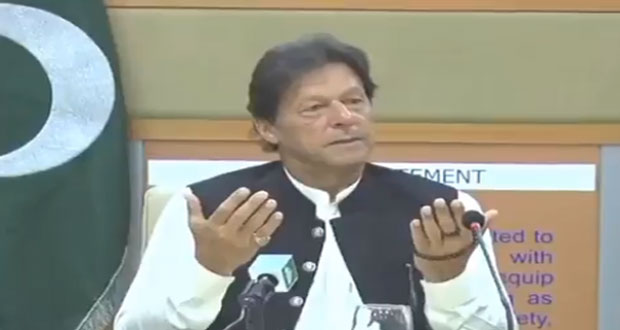 PM Khan prayed alongside the delegation for the killed members of the Shia minority and also expressed sympathized wholeheartedly with the bereaved families.