Govt To Bring Back Stranded Pakistanis From…

The bodies of three men discovered on Saturday, aged 28, 58, and 35, have been identified by their families.

Two of the bodies found Saturday were fished out of the gulf of Eleusis, near the town of Mandra west of Athens, by port police. 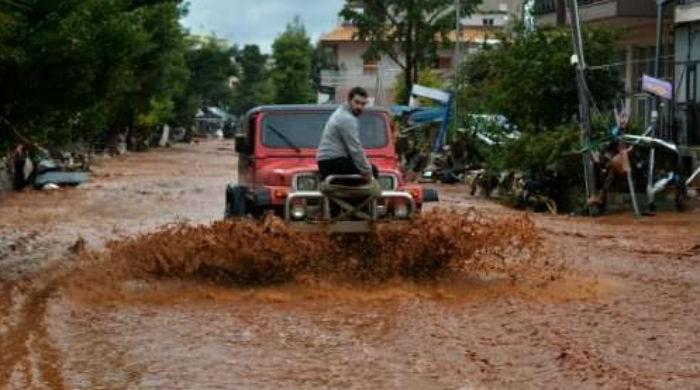 The bodies were those of two men, aged 35 and 55, a police official said.

Meanwhile in Mandra itself, rescue workers uncovered a third body buried in the mud.

The freak flood struck early on Wednesday the towns of Mandra, Nea Peramos and Megara, some 50 kilometres west of Athens.

Before the latest discoveries, the flood toll stood at 16 dead and six missing.