WEB DESK: If rumours are to be believed, Actors Hamza Ali Abbasi and Naimal Khawar Khan are all set to tie the knot this weekend.

Rumours fuelled when a wedding invitation of the two circulated on social media. According to the card, the two are getting married on August 25.

It is further shared that the couple’s Valima reception will take place on August 26. 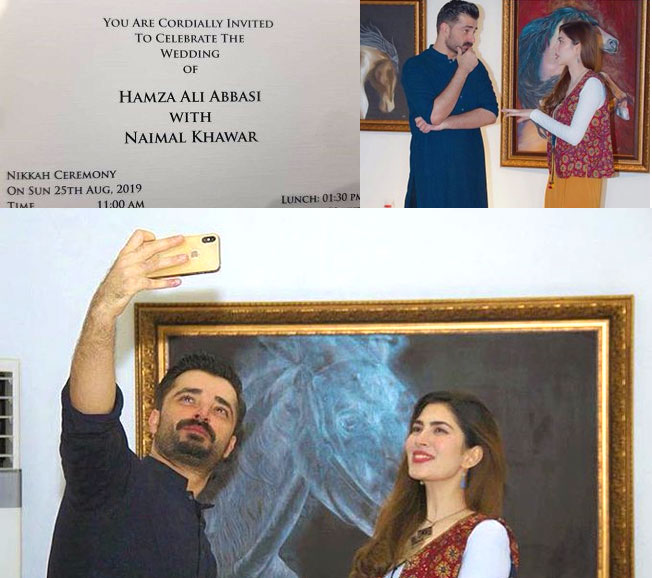 The social media was flooded with an invitation card mentioning the names of the two actors and the date they are expected to get married on.

Naimal, a graduate of National College of Arts, got fame from her role in drama serial ‘Anaa’.  Also a painter by profession, Naimal started her acting career with a debut in Shoaib Mansoor’s 2017 directorial ‘Verna’.

Meanwhile, Hamza Ali Abbasi is a popular film and TV actor with an abundance of renowned roles to his credit.

Some of the most famous dramas that Hamza has starred in include ‘Pyaare Afzal’ and ‘Mann Mayal’.

He is also famously known for his acting stints in films like ‘Parwaaz Hai Junoon’, ‘Jawani Phir Nahin Ani’ and ‘Waar’.