Bill Approved To Give Father One Month…

Kashmir A Litmus Test For Humanity To…

RAWALPINDI: Pakistan Muslim League-Nawaz (PML-N) leader Hanif Abbasi who was released from Lahore’s Camp Jail yesterday (Saturday) arrived at his residence where he was welcomed by a large number of party workers here on Sunday.

As per details, addressing to party workers gathered to welcome the released PML-N leader he said, “I was jailed for the past nine months but was high on my morale.”

“We have always respected the court decisions and will do so in the future,” said Abbasi.

“If given a chance to serve the people of my constituency, I will re-enter the politics,” concluded Abbasi. 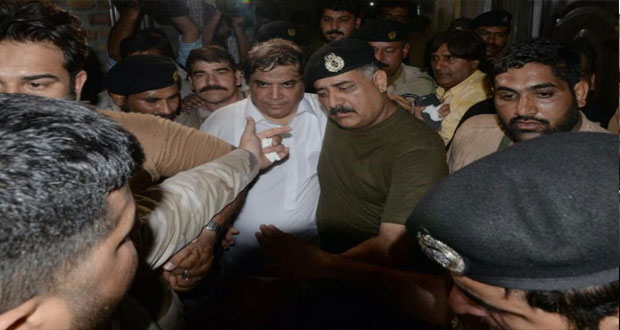 He was released after submitting two surety bonds of costing Rs five million each in Lahore High Court.

The PML-N workers and supporters showered him with rose petals and chanted slogans as his arrival outside the jail.

Hanif Abbasi was sentenced to life imprisonment on June 22, 2018, by a special anti-narcotics court in the ephedrine quota case.