DUBAI: The International Cricket Council (ICC) World Cup trophy arrived in Pakistan on Thursday on the international leg of the Trophy Tour.

The ‘Trophy Tour’ will visit three cities on its journey across Pakistan. There will be an opportunity in the three Pakistani cities Islamabad, Lahore, Karachi to see the trophy tour in action at the prime spots. There will also be a photo opportunity with the trophy along with player interaction. 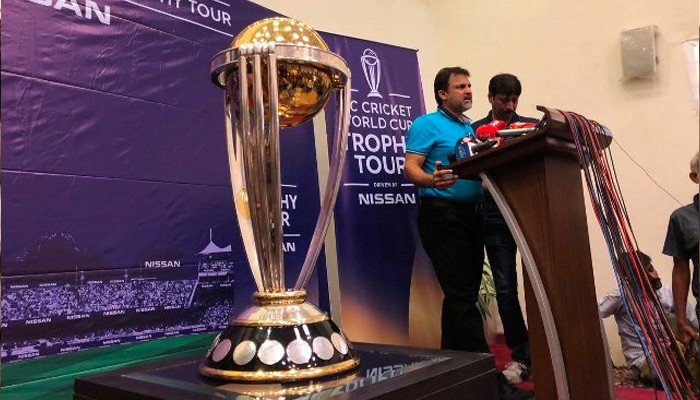 In Islamabad, the trophy arrives on April 11 (today) and it would be displayed to cricket lovers on April 12. The trophy will arrive in Lahore on April 13, where hundreds of fans would have experience to see it and avail an opportunity to take selfie with it.

The last destination will be Karachi. The karachiites will welcome the trophy on April 14.

The ICC Men’s Cricket World Cup is slated to be held from May 30 to July 14 in England this year.

The first match of the World Cup to be played between Australia and South Africa.

The much awaited encounter of the tournament would be played between Pakistan and India on June 16.