Imran Khan Announces To Quit From All…

The court has sent notices to their lawyers for July 31. 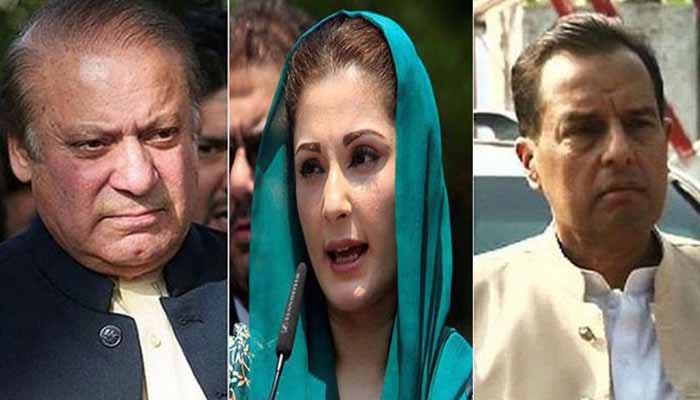 Earlier on July 17, a bench had issued a notice to the National Accountability Bureau (NAB) on the appeals seeking to set aside the accountability court’s judgement that awarded 10 years imprisonment to Sharif, seven years to Maryam and one year to Safdar.

It rejected their request to grant bail at that time and issued notices to NAB to submit its reply to the application seeking to suspend their conviction.

The bench also directed the authorities concerned to present the complete record of the Avenfield case on next hearing.

The judges also turned down a request by the appellants’ lawyer Khawaja Haris to grant a stay order, restraining Accountability Judge Muhammad Bashir from proceeding with the two pending cases against his clients till NAB submits its response.

The counsel argued that the judge, who convicted Sharif, his daughter and son-in-law, cannot hear the other two cases against them as their arguments in these cases are similar to the ones in the Avenfield case.