WASHINGTON: A Muslim congresswoman Ilhan Omar has blamed Donald Trump for a significant increase in death threats against her after the president tweeted a video suggesting she was dismissive of the 9/11 terrorist attacks.

Mr Trump has been heavily criticised for the tweet and accused by some of inciting violence against Ms Omar, who became one of the first Muslim women to sit in Congress in January.

“This is endangering lives,” she said, accusing Mr Trump of fomenting right-wing extremism. “It has to stop.” 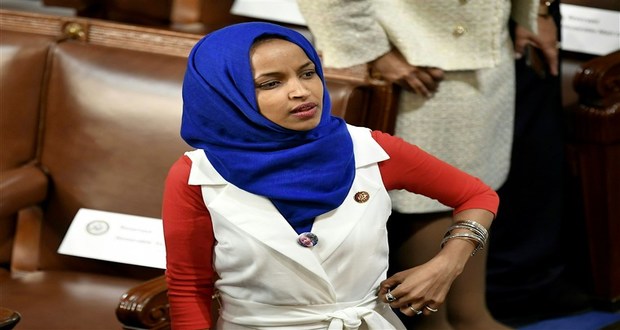 The video included a snippet from a recent speech Ms Omar gave to the Council on American-Islamic Relations, in which she described the September 11, 2001, terrorist attack on the World Trade Center as “some people did something,” along with news footage of the hijacked airplanes hitting the Twin Towers. Mr Trump shared the video along with the caption: “we will never forget!”

Omar was not dismissing the horror of 9/11; she was making a point about discrimination against a large group of innocent people for an act perpetrated by a few individuals.

Omar also said many of the new threats have directly referenced or come in response to Trump’s tweet on Friday.