Matters of Prime Minister’s election, the formation of federal cabinet and name of the Punjab Chief Minister will be finalized, said sources.

Nomination papers for the election can be filed with the National Assembly secretariat by 2 pm tomorrow.

The Speaker will in the presence of candidates or their proposers and seconders scrutinize the nomination papers.

The election shall be through division as enshrined in the rules of procedures and conduct of the National Assembly 2007.

It is pertinent to mention that on August 7, the PTI had formally nominated party’s supremo Imran Khan as their candidate for country’s next prime minister.

PTI vice-president Shah Mehmood Qureshi presented a resolution nominating Imran as their PM candidate during a parliamentary meeting held at a private hotel in Islamabad after which, the party chairman was welcomed with a huge applause. 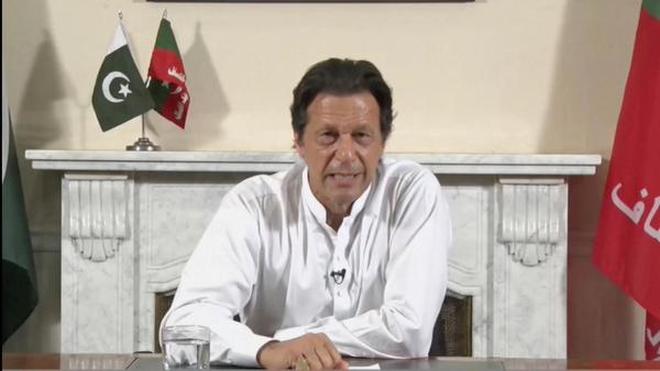 Earlier on Wednesday, PTI’s Asad Qaiser was sworn in as the 21st Speaker for the National Assembly amid opposition ruckus.

Qaiser bagged 176 votes while Pakistan Peoples Party’s (PPP) Syed Khurshid Shah received 146 in the secret balloting process. A total of 330 votes were cast among which eight were rejected.

Outgoing speaker Ayaz Sadiq administered the oath to the new speaker, who will supervise the election of the deputy speaker for the Lower House of Parliament.

Opposition parties lodged a strong protest as the new speaker was sworn in. They raised slogans of “Vote ko Izzat Do” and “Jali Mandate Na Manzoor”.

Addressing parliament newly elected deputy speaker Qasim Suri thanked chairman Imran Kahn for his trust in him and said he will work to get back the angry Baloch to the mainstream politics.

He alleged, “Balochistan was divided on the ethnic basis, however, I hope this parliament will concentrate on Balochistan to end its deprivation.”

He continued, “Balochistan was neglected in China Pakistan Economic Corridor (CPEC), now the time has come to remove reservation of people of the province.”