1800 People Transferred To Their Houses From…

Sea fishing boats are seen at the Konark beach of Puri district and fishermen prepares to ashore their boats to the beach as they withdraw from the Sea fishing after cyclone 'Fani' alert to landfall on Bay of Bengal Sea's eastern coast beach in Odisha state near by 100 km east from the eastern Indian state Odisha's capital city Bhubaneswar on 1st May 2019. (Photo by STR/NurPhoto via Getty Images)

New Delhi: Thousands of people are being evacuated from villages along India’s eastern coastline ahead of a severe cyclone.

Accordingf to details, nearly one million people are being evacuated ahead of the cyclone’s looming strike on the eastern India coastline as the weekends. 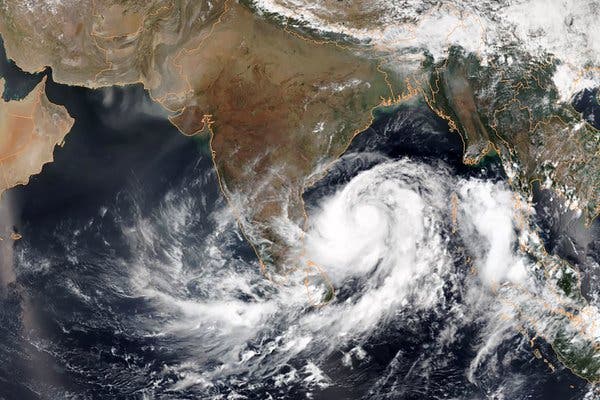 One government official said the evacuation effort is the largest in the nation’s history. Fani is currently an extremely severe cyclonic storm with winds of 190-200 km/h (118-124 mph) with gusts up to 220 km/h (137 mph), which is equal to a Category 4 hurricane in the Atlantic or East Pacific oceans.