People Often Mistook Me For a Girl…

Islamabad (December 29, 2017): The interior ministry on Thursday suspended all licenses for automatic weapons of prohibited bores, said a notification issued by the ministry.

Security forces, however, will remain an exception to the newly imposed sanction. An earlier ban from un-prohibited weapons was removed with immediate effect, the interior ministry notification added. 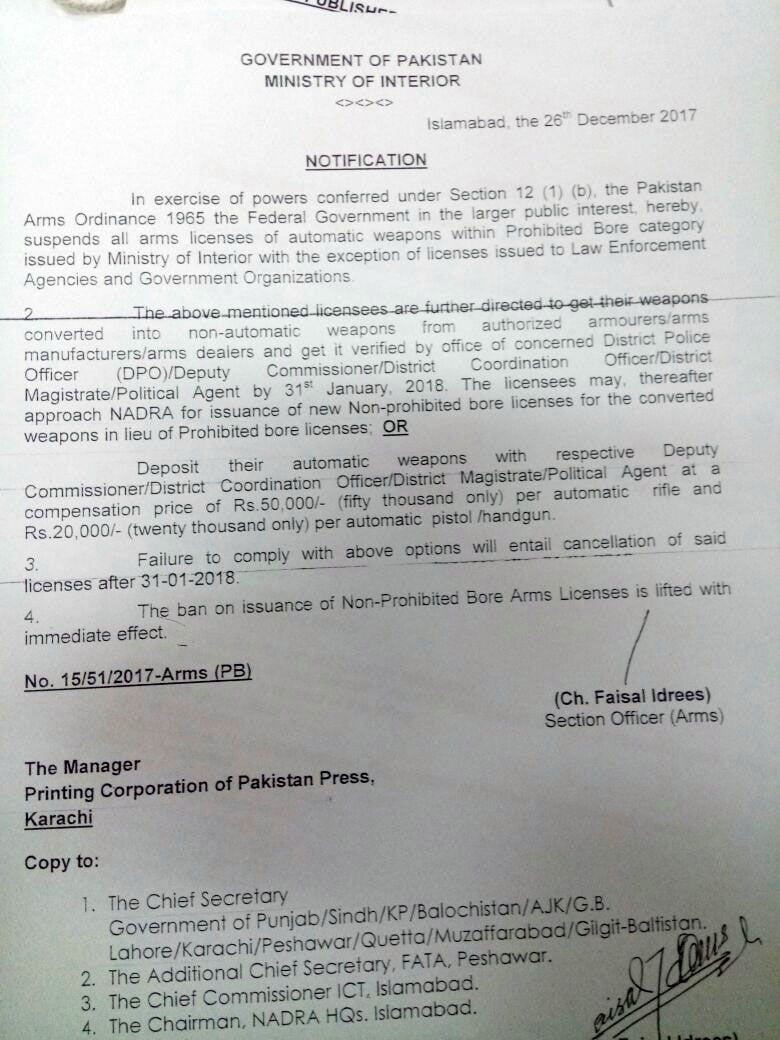 Citizens holding licenses for prohibited bore weapons can either obtain a new license for un-prohibited bore from the National Database and Registration Authority (NADRA) or submit their weapons to the district commissioner, magistrate or political agent.

Earlier this month, the Cabinet approved a proposal for the regulations of arms licenses for prohibited (automatic) weapons and lifting of a ban on non-prohibited bore arms license.