KARACHI: The fire that erupted at a busy market place Kareem centre on Thursday was brought under after a successful rescue operation.

As per details, a fire that erupted at a busy market place named Kareem centre in Karachi’s Saddar area was brought under control after a long successful operation by the fire department. The fire erupted at a shopping centre.

According to the fire department, at least three fire tenders participated in the rescue operation. 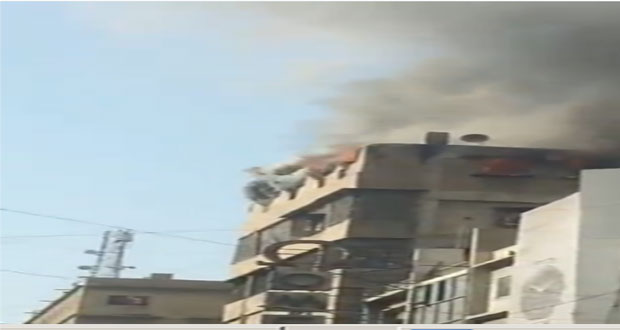 The fire erupted on the sixth floor of the building which is consisted of cloth factories. However, no loss of life was reported in the process and the cooling process is underway.

The reason for the fire is still unearthed and an investigation into the matter is in process.