Both leaders discussed to enhance bilateral ties between the two nations and affairs of mutual interest.

A day earlier, President of North Korea Kim Jong-Un arrived in Vladivostok for his historical visit. 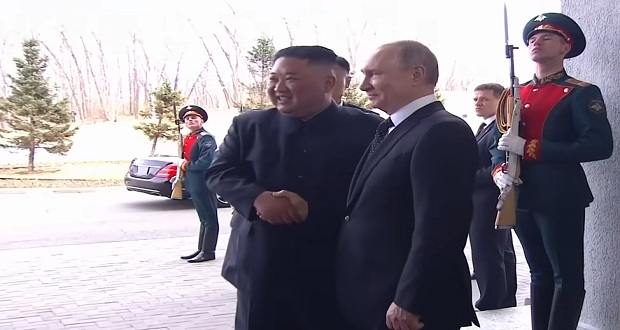 As per details, Kim Jong-Un arrived in the Russian city of Vladivostok for his historical visit. He will meet with the Russian president Vladimir Putin tomorrow.

He was warmly welcomed by the Russian officials upon his arrival. He will conduct talks over a nuclear deal with the Russian president.

One Female Polio Worker Killed, Another Injured In Chaman Firing