Plotting Elements Will Not Be Spared: DG…

Deaths From Coronavirus Is On Rise Again…

Muskan Blast Can Be Terrorism Or Gas…

PESHAWAR: Pakistan Tehreek-e-Insaf led Khyber Pakhtunkhwa government is all set to present its sixth budget in a row today for the upcoming fiscal year 2019-20 which amounts more than Rs800 billion, AbbTakk News reported on Tuesday.

The budget will be tabled in Provincial Assembly by PTI leader and Khyber Pakhtunkhwa’s Finance Minister Taimour Salim Jhagra.

According to sources, the provincial government, in this budget, has allocated Rs290 billion for annual development program carrying funds for 962 previous and 394 new schemes for ADPs. 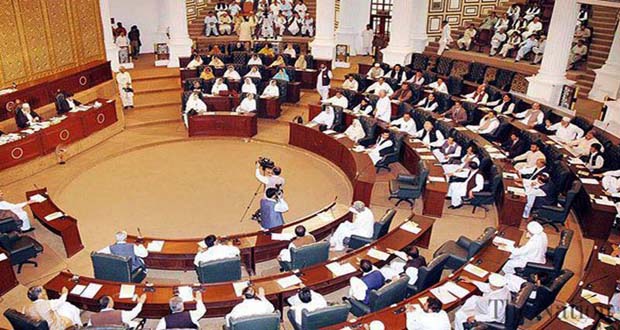 According to budget documents, the allocated Rs108billion for ADPs is the provincial share whereas Rs82 billion is foreign aid and loans.

For the development of tribal areas in the upper region of the province, whopping Rs170 billion of funds are expected to be reserved in the budget.

Sources also informed that the budget will witness a 10 per cent reduction in the salaries of KP Ministers including Chief Minister Mahmood Khan.

However, govt employees of Grade 17 to 19 will get an increase in salaries by 5 per cent.