UNGA To Meet on Thursday To Discuss…

As per details, Prime Minister Imran visited Peshawar’s Shaukat Khanum Hospital where an Afghan citizen told his problems to the country’s premier. But KP’s Governor misquoted latter’s statement before the PM. 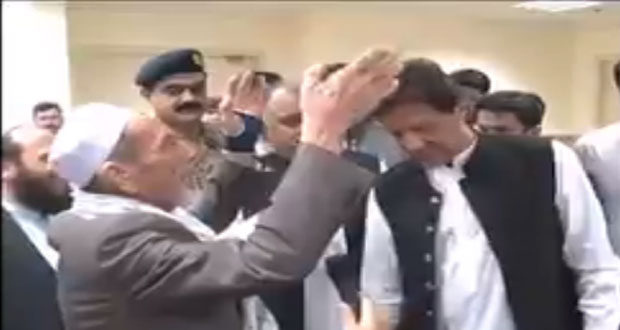 The Afghan national told the PM that his son underwent two surgeries but he is fine now. On the other hand, Governor KP hastily translated the old man by saying he is happy that you became the country’s premier.