NAB Should Be Made Accountable: Shahid Khaqan

India Has Taken Every Right From People…

Addressing a ceremony in Islamabad, Imran stressed that social justice and rules are the basis of progress.

“An easy solution to the problems that Pakistan is faced with does not exist,” the PTI chief said. “No one should assume that we will be able to easily implement this manifesto.”

He then announced that his party plans to create 10 million jobs in the country. Imran further said that PTI, if elected, will introduce housing schemes. “New construction companies will be provided with a chance to create housing schemes. The government will facilitate new private sector players,” he said.

Furthermore, the PTI chief said that his party will work on taking advantage of the China-Pakistan Economic Corridor (CPEC).

Stressing on PTI’s ‘mission’ to make Pakistan an Islamic welfare state, Imran said that his party will create a state in line with the principles that made the foundation of Medina — humanity and justice.

“The manifesto we present is no ‘easy-solution’. There are no easy solutions to Pakistan’s problems. We have to make major changes,” the PTI chief said.

The PTI chief further observed that the developed societies have a governance system that is based on justice and accountability. “That is what we are trying to replicate with this manifesto today,” he said.

“The capability of bureaucracy to deliver effectively has diminished over time. Our institutions have been ruined over time,” Imran said.

“The first challenge is unemployment and how to create jobs,” Imran said. “The manifesto also discusses how we will use agriculture to generate revenue. We will ensure farmers’ rights are not subjugated.”

He further said that if given a chance to form the government, PTI will offer business incentives to create employment that would lead to prosperity. “Our challenge is to create one crore jobs and five million homes in our five years term,” Imran said.

“Letting you know of main points of our manifesto. First is low-cost housing schemes. We will build 50,00,000 houses for the poor. This is going to be like our Billion Tree Tsunami,” the PTI chief told the media. Imran said that his party had held meetings with builders and was well aware of how the project will help the party in creating jobs.

Furthermore, Imran said that it is yet to be determined whether the China-Pakistan Economic Corridor (CPEC) is a game-changer or not.

“Small and medium enterprises (SME) are like the backbone of the country. We will facilitate young entrepreneurs by reducing the cost of doing business, which is currently the reason of red-tapism by Pakistani government sector,” noted Imran.

Speaking about the opportunities in tourism, the PTI chief said it was one of the biggest untapped industry in Pakistan. “Tourism is also one effective way to increase our foreign revenue and create jobs in remote areas,” said Imran.

“The next biggest challenge is the Federal Bureau of Revenue reforms. We need to make the FBR an institution to collect money to run the country,” he said. “We also plan to empower FBR, for if we are to gather money in Pakistan, we need to fix FBR.”

The PTI chief also said that his party plans to replicate hydel projects installed in Khyber Pakhtunkhwa. “We will replicate those to create clean energy,” he said.

Discussing the party’s strategy for the agriculture sector, Imran said the PTI will create a mechanism to facilitate the poor farmers. “We will replace ‘mandi’ with special warehouses so that no farmers’ hard work goes in vain,” said Imran. “Reforming the agriculture and livestock system and making warehouses for storage are all part of the reforms. We will replace livestock with more effective and latest methods of farming.”

Imran also vowed to bring tax reforms that would bring a significant change in the taxpayer’s attitude toward paying the government and the country’s economy. “I believe this nation will give taxes once we assure them their tax will be spent on them. People at the moment think their money is spent on politicians’ lavish lifestyle,” said the PTI chief.

“Utilising the tax money on people, eliminating corruption are the crucial aspects and we’re going to reform the National Accountability Burea (NAB), Securities and Exchange Commission of Pakistan (SECP), and FBR for that purpose,” he said.

“Most importantly we will curb corruption. Corruption ruins the economy; we will empower NAB, SECP, FIA to curb corruption. Once that is done, only then we can spend on human development,” Imran said.

The manifesto was presented by the alliance secretary general Ayaz Latif Paleejo, while addressing the press conference in Hyderabad Press Club.

Presenting manifesto Paleejo said that end of child labour and forced labour, forced eviction of religion and biased division of gender will be the top of the agenda. 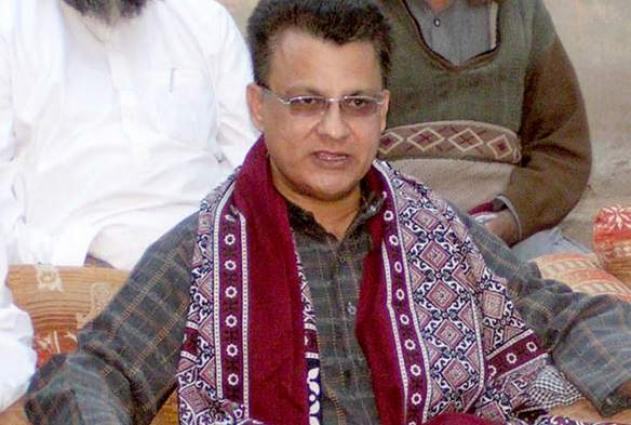 Highlighting alliance’s manifesto further he said, “Scholarship will be given to girls, who are enrolled in schools, the children of all the candidates of GDA will be enrolled in governments schools.

He mentioned that 105 candidates of GDA are contesting election across Sindh, while adjustment will be made on other seats.

Earlier on July 05, President Pakistan Muslim League Nawaz and Former Chief Minister of Punjab Shehbaz Sharif presented PML N’s Party Manifesto ahead of the General Election 2018, which has been scheduled for July 25.

While apprising attendants about party’s achievement in the recently concluded five-year tenure, Sharif stated that PML-N uprooted menace of terrorism, added 11000MW electricity to national grid and saved Rs160 bln of the national exchequer in the mega-projects.

“Unemployment was at its peak while industries were non-functional back then in 2013. Pakistan was facing worst energy crisis in its history”, Shehbaz told reporters.

“Unemployment was at its peak while industries were non-functional back then in 2013. Pakistan was facing worst energy crisis in its history”, Shehbaz told reporters.

“PML-N will introduce self-employment scheme which will provide employment to 2 million people. We will extend health card programme across Pakistan”, added Shehbaz.

The PML-N president went on to say that will bring under-privileged factions of the society out of poverty. He added, “We will implement education programme across the country while process of awarding scholarships to poor kids will continue”.

Shehbaz also praised the previous federal government for adding 11,000 megawatts of electricity to the national grid.

The main requirements which any country needs to follow in order to be able to stand on its feet include socio-economic protection, especially of those hailing from unprivileged backgrounds, then provision of health and education facilities and finally empowerment of the people, he said. “After giving protection to people, we need to empower them.”