ISLAMABAD: Spokesperson of Pakistan Muslim League-Nawaz (PML-N) Marriyum Aurangzeb on Wednesday has criticized the federal government’s decision to launch a tax immunity scheme and termed it as an example of the hypocrisy of the Pakistan Tehreek-e-Insaaf (PTI) led government.

As per details, expressing her views on the federal government’s stance to launch a tax amnesty scheme she termed it with terms like hypocrisy, incompetence and ignorance. She said that the government is giving amnesty to the peoples who evaded tax.

She also said that previously the PML-N called off the previously given amnesty to the tax evaders but this government has decided to reinstate. 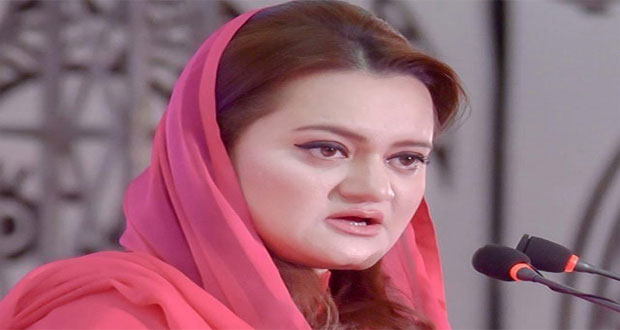 Marriyum also criticized the government over the inflation in prices of petroleum, gas and other commodities.

PML-N spokesperson also urged the PM to ‘commit suicide’ as per his promises that were made by him earlier.

It is pertinent to mention here that a day earlier, Finance Minister Asad Umar revealed that the government is giving tax amnesties to bring some investments in the country.

Four of a Family Killed as Jeep Falls into Ravine