The forum concluded that security apparatus shall continue to perform its role in line with national interest, it said. 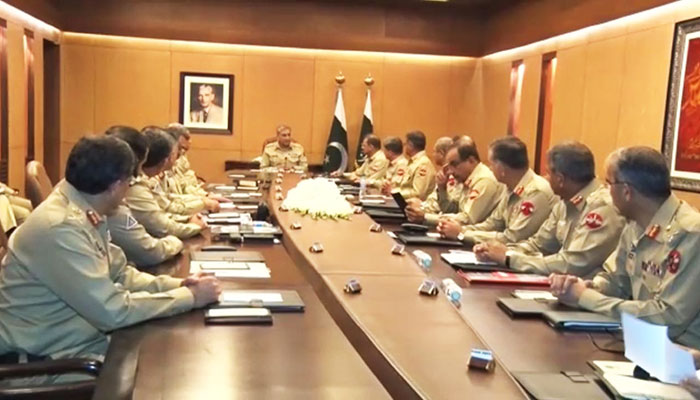 The forum also deliberated upon various internal functions and professional aspects including special welfare measures for families of martyrs.
Conference has also urged the enhancement in social economic projects in Balochistan. It has the view that by the cooperation of the provincial government the law and order situation in Balochistan being improved.