Let Not Allow Anyone to Snatch Rights…

COLOMBO: At least 52 people have been killed with more than 300 people injured after six bomb blasts rocked Srilanka’s capital Colombo on the morning of Easter Sunday, according to Sri Lankan media.

According to Sri Lankan media, most among the 300 injured are admitted in hospitals in critical conditions.

The first explosion took place at St Anthony’s Church and second at St. Sebastian’s Church, whereas Shangri-La Hotel, Cinnamon Grand Hotel and Kingsbury Hotel are among the hotels which were also subjected to explosions in the capital. 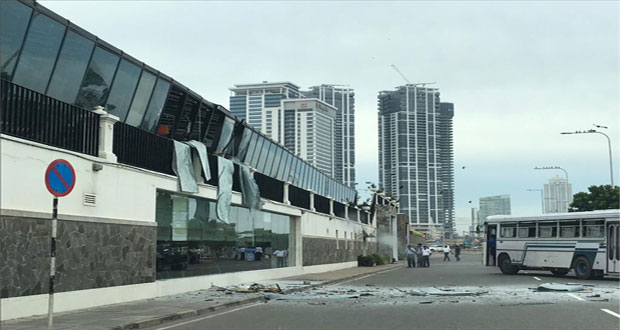 Rescue teams have reached the spot and provision of medical services are underway at the scenes.