LAHORE: National Accountability Bureau (NAB) team on Saturday had conducted another raid on the residence of Pakistan Muslim League-Nawaz (PML-N) leader Hamza Shahbaz and are there at his residence since past four hours.

As per details, a NAB team supported by Punjab Police has cordoned off the residence of Hamza Shahbaz in Model Town Lahore. Anti-Graft body on Friday also conducted a raid on the house of the opposition leader in Punjab Assembly.

Spokesperson of the Pakistan Muslim League-Nawaz (PML-N) has confirmed the recent developments.

On the other hand, the PML-N leadership has directed all of its party workers to reach H-96 Model Town in Lahore immediately.

A day earlier, a NAB team conducted a raid on Hamza Shehbaz’s residence to arrest him.

Earlier today, National Accountability Bureau (NAB) had registered a First Information Report on against the guards of the opposition leader in Punjab Assembly Hamza Sharif for manhandling anti-graft body’s officials during a raid a day earlier.

As per details, anti-graft body’s Sub-Inspector Umar Daraz has filed an FIR in Model Town police station Lahore in which he nominated the security guards of Pakistan Muslim League-Nawaz (PML-N) leader Hamza Shahbaz for manhandling one of the NAB’s driver during a raid conducted on Friday at latter’s residence. 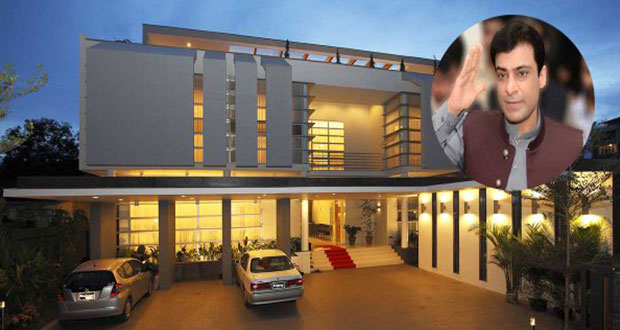