Strict security measures have been taken in this regard outside the Accountability Court.

Roads leading to Muhammadan Anglo Oriental College and Secretariat have been closed for all sort of traffic. 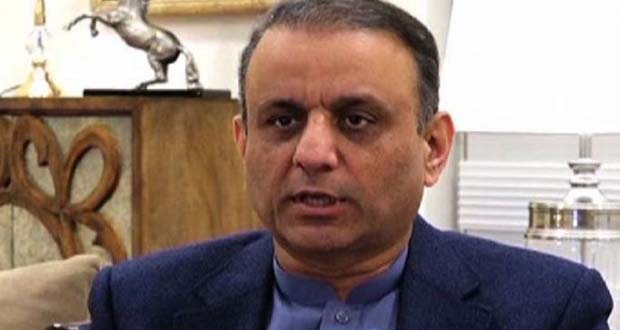 As the hearing went outset, the court inquired National Accountability Bureau (NAB) regarding progress on completion of the investigation.

The court remarked, “Why has NAB not filed any reference yet against Aleem Khan? Court does not allow NAB to let anyone rot in jail cell uselessly”.

NAB prosecutor claimed that a reference will be filed against the former Punjab minister once investigation against him gets wrapped up.

In February, the Accountability watchdogs arrested minister at the time, Aleem Khan, after he was unable to satisfy NAB Lahore.

The minister had appeared before the NAB after he was summoned in the offshore companies cases.

In what was his fourth summoning before NAB, Aleem Khan was unable to bring along the asked documents of Financial Monitoring Unit (FMU), Exchange Commission of Pakistan (SECP) and Federal Board of Revenue (FBR).

Although, NAB had previously notified him to appear before them with the important documents.

Moreover, when asked regarding the transaction of Rs900 million in his companies; FZC and ANA, the Provincial Minister of Punjab was unable to provide an overwhelming response, consequently not being able to satisfy the NAB officials.

Nonetheless, soon after the arrest of Punjab’s Minister Aleem Khan, he forwarded his resignation to Chief Minister of the province, Usman Buzdar.

Three of a Family Drown While Swimming