LAHORE: Caravan of the incarcerated former prime minister Nawaz Sharif has reached Kot Lakhpat Jail as PML-N supreme leader is set to hand himself over to officials of the jail after his six-week bail granted by the Supreme Court of Pakistan ended on Tuesday.

A larger number of workers and supporters escorted the car of Nawaz Sharif, which was driven by Hamza Shehbaz, and they also showered rose petals and chanted slogans in favour of their leader.

The PML-N supremo arrived at the prison in a rally led by his daughter and PML-N vice president Maryam Nawaz.

Banners were erected across the city to show solidarity with the PML-N supremo.

The PML-N leadership had directed the party workers to gather at the Shanghai Flyover near Ferozpur Road for the solidarity rally.

Supreme Court of Pakistan on March 26 granted bail to Mian Nawaz Sharif for six weeks which he had filed on medical-grounds in the infamous Al-Azizia corruption reference.

During these six weeks, Nawaz limited his political activities and only had a meeting with JUI-F Chief Moulana Fazlur Rehman. 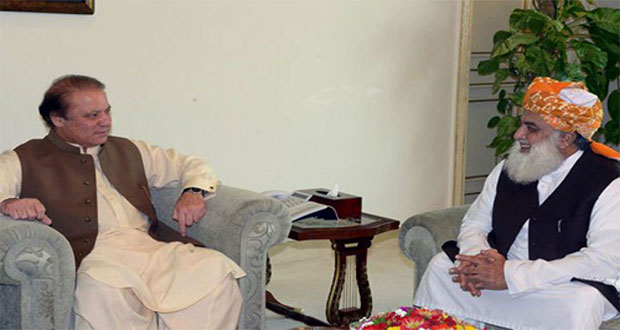 He paid eight visits to Sharif Medical City for his check-ups and once to Al-Razi hospital.

Later on March 29, doctors recommended Nawaz to be admitted to hospital due to angina pain, advising him to take complete rest. 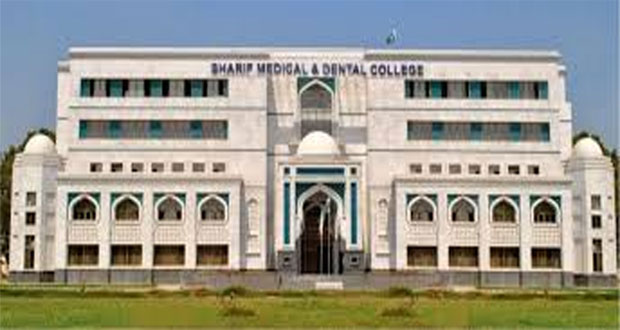 On March 30, the PML-N supreme leader went through liver and heart tests in what was his second check-up at Medical City.

On May 03, Supreme Court of Pakistan dismissed the plea of former Prime Minister Nawaz Sharif seeking an extension in his bail citing health issues after his counsel failed to satisfy the court in his arguments.

Nawaz’s counsel Khawaja Haris pleaded to extend the bail plea for eight more weeks, claiming that health of his client is worsening and hence, he needs to go through Angiography.

Chief Justice responded that angiography does not require this much time.

“Angiography takes an hour and we had granted six weeks. What treatment did he go through in this time?”, the court inquired.

To this, Khawaja Haris apprised that medical reports of his client indicated that ‘several diseases’ had gripped the former premier.

“He got medical treatment and his reports showed that his health has further worsened”, he said.

“We are not instructing you to move any forum as you are not bound by it. Nawaz was given six-week bail on the basis of his medical report which had mentioned angiography”, he added.

Reference of advices of 31 medical experts and five medical boards was given regarding health of Nawaz Sharif”, CJP affirmed, adding that the court had given ‘complete package’ in its decision of granting bail. 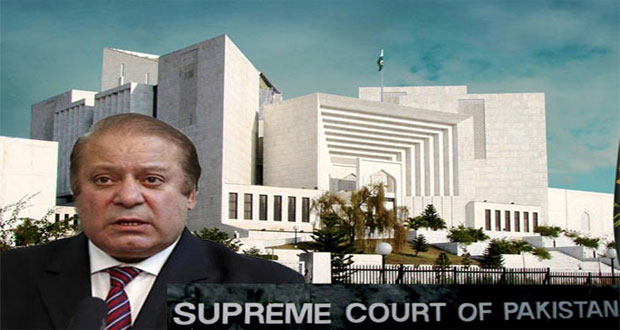 However, when inquired by the top court on taking any medical expert’s advice after being released from prison, the counsel answered in positive and said that the medical reports were also submitted in the court.

Chief Justice reiterated his emphasis on the basis upon which Apex court had given former premier bail.

“We granted the bail because the medical report, whose report you tabled before court, had recommended angiography of Nawaz Sharif. Now you state that his treatment is impossible within Pakistan. Your statement is contrary to what you said in your first plea”, he maintained.

The court then dismissed PML-N Supremo’s plea seeking extension in bail, also denying him of availing any medical treatment from abroad.