coronavirus Cases Increase to 3277 in Pakistan

Tareen Says He Was Never Chairman of…

No Compromise On Fitness, Fielding Skills Of Players: Mickey Arthur

LAHORE: Pakistan Cricket Team Head Coach Mickey Arthur on Tuesday made it clear to all contenders eager for a spot in team’s World Cup squad that no comprises will be done on their fielding skills and fitness.

Addressing a presser in Lahore, Mickey Arthur said that the team for mega event World cup 2019 will be finalised after consulting the selection committee.

He claimed that Umar Akmal has brought a noticeable change in his behaviour however he failed to play a big inning against Australia in Dubai.

Commenting on the team’s recent ODI series defeat to Australia, Mickey said that the white-wash was disappointing, yet there were five centuries made by the Pakistani batsmen which were a positive outcome from the tour.

The head coach vowed that the side will be a best-prepared team before Worldcup in England.

He also maintained his confidence in middle-order batsman Asif Ali. 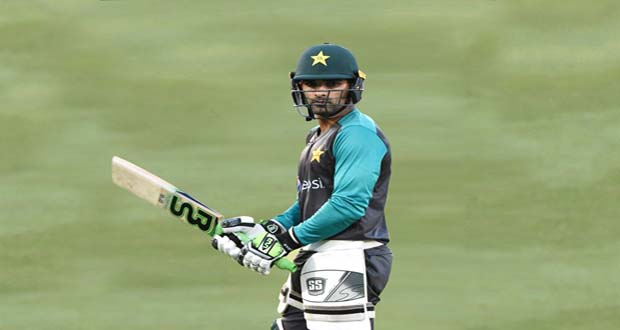 Terming Asif a ‘phenomenal talent’, Mickey Arthur said that the coaching staff will keep working on his technique since he can play the role of a finisher at number 6.

“I once again promise that we’ll be the best-prepared squad in England. I can’t promise about winning the cup but we’ll give more than our best in world cup”, he concluded.