I Was Offered Role With Saif Ali…

Earlier, an Issue of appointment of new Chairman Federal Board of Revenue (FBR) has been resolved.

Sources said that Shabbar Zaidi has been appointed as Honorary Chairman of FBR. 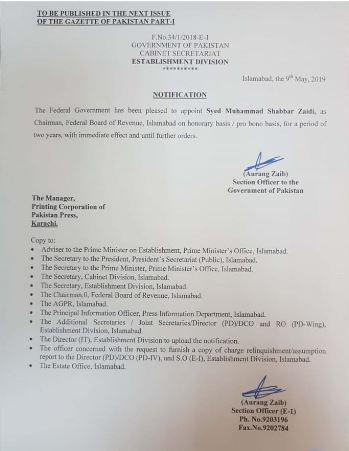 Newly appointed Chairman FBR has been appointed on the post for the period of two years.

He has been approved for the post after a formal interview by the selection committee.