Approval For Action On Sugar Commission To…

Presser To Be Held Today After Banigala…

Economy Is Underpressure Due To Coronavirus: CM…

COLORADO: Another incident of a mass shooting took place, this time directed at a school in western U.S. state Colorado which claimed life of one student, injuring seven others.

Authorities, after received information of the firing, reached the spot and apprehended the two male suspects responsible for carrying out the attack.

According to eye-witnesses, one of two attackers opened fire right after entering the classroom while the other was already present inside the class. 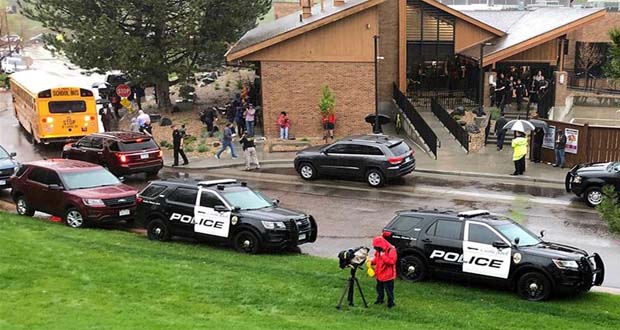 It is to be noted that the shooting comes nearly three weeks after neighbouring Littleton marked the grim 20th anniversary of the Columbine school massacre that took 13 lives.