Promised Made With MQM-P Not Fulfilled: Khalid…

Making Peace With Imran Would Be Treason…

Minus, Plus Formula To Be Decided by…

Web Desk (July 31, 2018): Zimbabwe’s opposition leader Nelson Chamisa  has said he was “winning resoundingly” but the Zimbabwe Electoral Commission said official results were yet to be announced.

Chamisa, the leader of the Movement for Democratic Change (MDC), said on Tuesday that his party had the results from 10,000 polling stations. 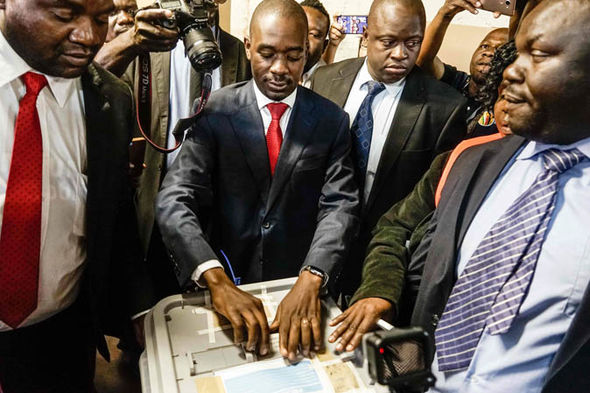 The opposition leader said his party was ready to form the next government following the first elections since long-term President Robert Mugabe was removed from office last year.

Voters cast their ballots at more than 10,000 polling stations across the country of more than 16 million people.

US Warns Against IMF Bailout Of Pakistan