Over 50 Militants Surrender In Balochistan

Quetta: Around 50 militants along with their commander from Balochistan have surrendered to the security forces as they opted to enter into the mainstream here on Wednesday.

As per details, a ceremony was held here in Commissioner House Quetta which was attended by provincial home minister Mir Zia Ullah Langove and other high profile government dignitaries. 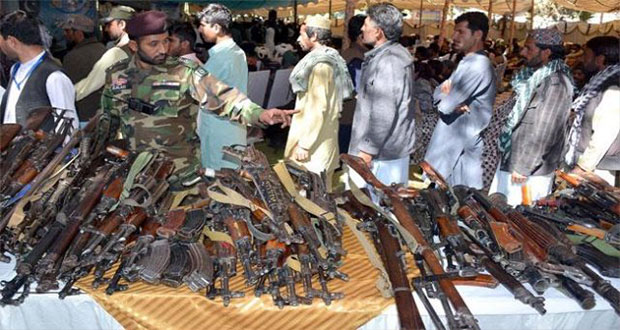 The surrendered militants were presented national flags and other gifts during the ceremony.

All the surrendered militants previously were tied with BLA and other separatist organizations.