Even ‘Selectors’ Are Worried on Performance of…

Man Crushed To Death By Train in…

Yasin Malik was arrested under the draconian Public Safety Law and despite his critically worsening health was shifted to the notorious Tihar jail.

In a statement issued today, Foreign Office Spokesperson Dr Muhammad Faisal said despite his serious ill health and in violation of legal rights, ethics and norms, his family, who were informed after considerable delay, has not been permitted to meet him.

He said given the previous history of the Indian government’s mistreatment and violation of human rights of Kashmiri leaders, the apprehensions of Yasin Malik’s family members and Kashmiris in general about the safety and health of Yasin Malik are justified. 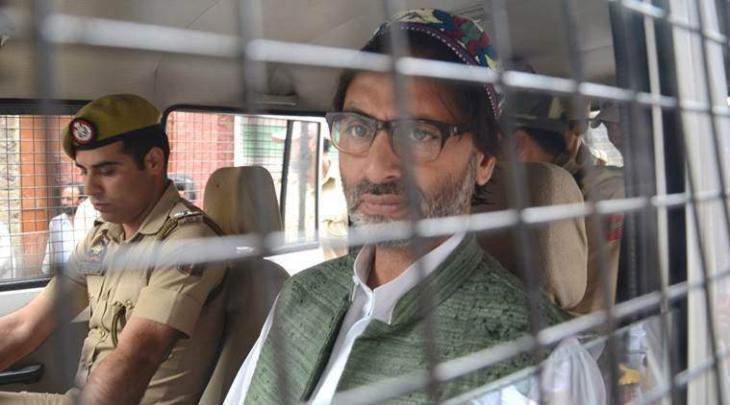 The spokesperson said Yasin Malik’s incarceration is yet another link in the series of steps taken by India to continue its intensified oppression of the Kashmiri people struggling for the realization of the legitimate right to self-determination.

He said coercive Indian measures and brutalities against Kashmiris in occupied Kashmir will not change the universally accepted reality of the Jammu and Kashmir dispute, but will only aggravate the situation.

The Spokesperson said we expect the government of India to ensure the wellbeing of Yasin Malik, including the provision of adequate healthcare.

He called upon the international community to impress upon India to desist from such inhuman actions, abolish draconian laws like PSA and Armed Forces Special Powers Act, which perpetuate Indian atrocities in occupied Kashmir, stop harassing and victimizing Kashmiris in occupied Kashmir and expedite the resolution of the Jammu and Kashmir dispute in line with the UNSC resolutions and the aspirations of the Kashmiri people.