US Reports Record 1970 Coronavirus Deaths in…

Female Dies of Coronavirus In Lahore

ISLAMABAD: Pakistan on Sunday expressed its concerns over India’s unilateral decision to suspend the cross-Line of Control (LoC) traded and rejected India’s baseless claims of its misuse.

According to the spokesperson of Foreign Office Dr Faisal India’s allegations of Pakistan’s involvement in any sort of smuggling, terrorism and money laundering are baseless. These allegations were raised to suppress the struggle of Kashmiris.

He said, “Cross-LoC trade is to enhance bilateral cooperation between the two nations. It was started in the best interests of the region.” 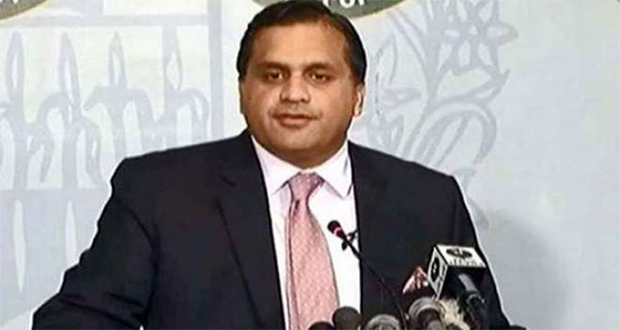 “It is a condemnable decision of the Indian government,” he added.

“Pakistan will continue to support Kashmiris for the betterment of the economy of its people,” he concluded.