ISLAMABAD: In an important development Pakistan on Saturday decided to construct a fence on the border linking with Iran and also decided to conduct aerial monitoring of the frontiers.

As per details, in a news briefing FM, Shah Mehmood Qureshi has said that prior to the visit of the premier to Iran as much as 20 terrorists backed by Iran-based militant organization conducted an attack within the land of Pakistan.

FM also told the press that a Baloch separatist organization has claimed the responsibility of the attack which was provided assistance from Iran. 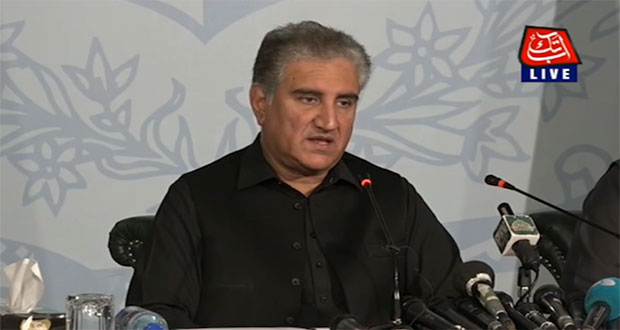 He also lambasted India over its alleged involvement in recent terror attacks and said that we will never claim anything hastily without any solid evidence.

He also revealed that he has spoken to his Iranian counterpart and told him about the reservations.

FM also announced that Pakistan will construct a fence around Iranian border and will monitor the frontier thoroughly with helicopters.

We will not conduct any operation against our Baloch brothers we will try to heal their wounds.

He also said that he is not afraid of taking RAW’s name but will not announce anything without any solid evidence.

Pakistan will also form a new force to look after border security.

Shab-e-Barat To Be Observed With Fervour Today