ISLAMABAD: Prime Minister Imran Khan on Friday met the players of Pakistan Cricket Team squad who have been selected for the mega event of World Cup 2019 at PM House.

During the meeting of the players with Imran Khan, who captained the national side to lift the 1992 World Cup, discussion on team’s preparation took place.

On this occasion, Captain Sarfaraz Ahmed presented an autographed team shirt to the Premier. 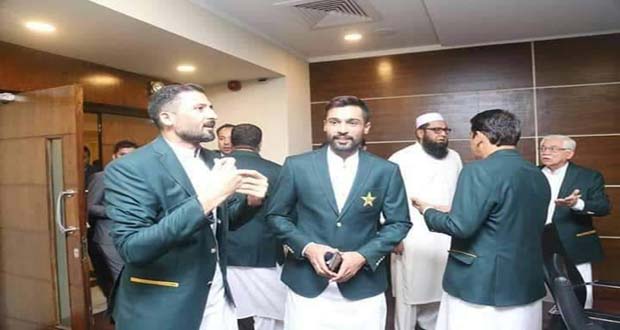 Pakistan Cricket Board (PCB) Chairman Ahsan Mani, Chief Selector Inzamam ul Haq and other officials of the board were also present at the meet-up.

PCB has said that the purpose of arranging a meeting of players with world cup-winner Imran Khan was to boost their morale ahead of the mega event.

It is to be noted that the Cricket World Cup 2019 is going to being from May 30 in England.