Jerusalem(September 27, 2018): Israeli authorities have released a Palestinian poet who was imprisoned for “incitement to violence” because of a poem she wrote supporting Palestinian “resistance” in 2015.

Dareen Tatour, a Palestinian citizen of Israel from the village of Reineh, near Nazareth, said on Thursday that she was happy to be free after spending three years in detention and jail. Although she was arrested in October 2015, she was only finally sentenced in July 2018 to a five-month term.

“I am very happy to have freedom at least after three years in prison, remand, house arrest with an electronic cuff and again house arrest,” Tatour told reporters.

“At last I’m free, and I will continue writing. I will not stop. Of course I won’t. The whole case was about a poem.”

Tatour was prosecuted over a poem entitled “Resist my people, resist,” which she posted on Facebook at a period of heightened violence in occupied East Jerusalem and the West Bank.

According to Israeli daily Haaretz, Tatour’s indictment included a translation of the poem, which involved the lines “I will not succumb to the ‘peaceful solution’ / Never lower my flags / Until I evict them from my land.”

Although Tatour originally denied a connection to the poem on Facebook, after a change of lawyer in November 2016 she conceded she had written the lines, but that they had been mistranslated. 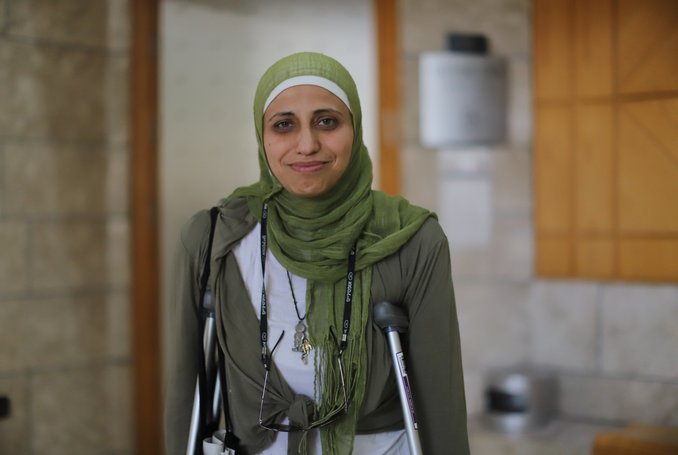 Her sentencing was condemned by PEN International, who said she had “been convicted for doing what writers do every day – we use our words to peacefully challenge injustice”.

Prosecutors also accused Tatour of having quoted a statement by Gaza-based armed group Islamic Jihad calling for “continuation of the intifada in every part of the West Bank,” which they alleged showed her support for the group.

“Dareen is a strong example of the Israeli government’s intentions of seizing Palestinian freedom of expression and to erase the national identity of Palestinians,” she wrote.

“Our continued struggle for these rights through a popular nonviolent political movement for freedom of expression and for self-determination must continue and we will not stop.”

Palestinian Poet Sentenced To Five Months in Prison Over Poem