LAHORE: Patients across several government-run hospitals in Punjab have continued to suffer owing to the Young Doctors Association’s (YDA) protest which has entered the ninth consecutive day on today (Friday).

The doctors, who are protesting against Medical Teaching Institutions (MTI) act in Outpatient Departments (OPD) across government-run hospitals.

They have affirmed that their strike will not end until Punjab government withdraws its bill from the standing committee. 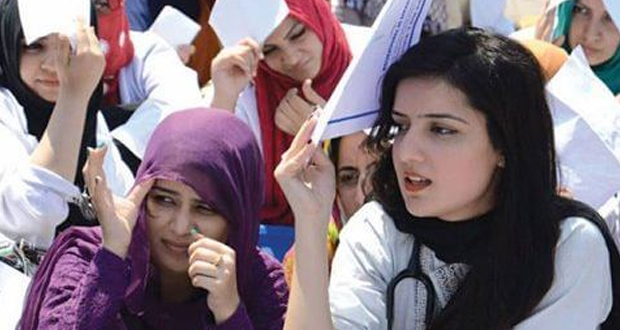 Young Doctors Association, in a statement, has said that MTI act is a black law and will create uncertainty among the working doctors.

The protesting doctors also said that it is a step towards privatization of the government health facilities and we reject this black law.

Dr Ammar Yousuf of Grand Medical Alliance said that Dr Yasmin Rashid is trying to save her chair by such tactics to please the capitalists.

On the other hands, YDA Punjab’s president Dr Qasim Awan in a statement said that it is a joint demand that the matter should be handed over to an autonomous committee as they lack the trust in provincial health minister.

China Supports Action Against Its Nationals Accused Of Women Trafficking

Important Development in Probe of Blast Near Data Darbar