PM Departs for Pakistan After ‘Triumphant’ US Visit

WASHINGTON/ISLAMABAD: Prime Minister Imran Khan has embarked for Pakistan after wrapping up his three-day official visit to the United States.

The visit of the concise Pakistani delegation led by PM Khan is regarded as a great success for Pakistan.

Alike the way Pakistani delegation flew to US, it is also heading via a commercial flight of Qatar Airways airline. Premier is expected to arrive in Islamabad at night.

During the visit, Premier called on US President Donald Trump and also military leaders of US.

Details of Prime Minister’s US Visit

Prime Minister Imran Khan held a meeting with House Speaker Nancy Pelosi at her chamber at the US Capitol on Tuesday and discussed matters of mutual interest.

PM Imran and Nancy Pelosi also discussed ties between their economies, people and nations during the meeting.

“It’s a pleasure to welcome Prime Minister @ImranKhanPTI of Pakistan to the U.S. Capitol as we meet to discuss the vital ties between our economies, people & nations,” tweeted Pelosi. 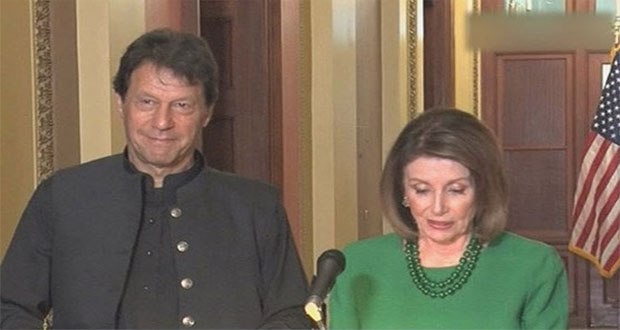 “It has been truly a pleasure to put the Pakistani point of view before the honourable politicians of the US. Looking forward to explore possibilities of bilateral trade with the US along with security interest that will enable economic opportunities for both nations,” said Imran.

Speaking to the US Congressmen at the Capitol Hill, where a reception was held in his honour, the prime minister said the whole idea of his coming there was to make the people in the United States have a better understanding of Pakistan.

He said unfortunately, he felt that there had been a lot of misunderstanding. Pakistan was not understood there, specifically in the last 15 year when the war on terror was being fought in Afghanistan and on the border of Pakistan.

“I feel Pakistan had not been properly represented to US. The Pakistani point of view had not been appropriately presented to the politicians of US as I sensed from my conversation with Speaker Pelosi and other representatives,” PM Imran said. 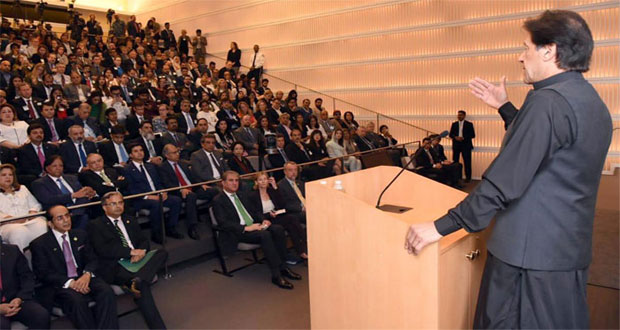 PM Imran said that we want the people to know what we felt when we gave 70,000 lives to a war we were fighting for US. “It was partly a fault of previous Pakistani governments who did not apprise US of the actual situation. That in order to “Do More” and help US win this war, Pakistan was fighting for its own existence”

PM Imran said: “I think it’s time to reset the Pak-US relationship to one based on mutual respect.”

Prime Minister said that War on Terror has been the longest ongoing war. And US knows our interests are mutual. We at Pakistan will be making sure there is a political solution to this war and we’ll do everything we can to achieve that.

Prime Minister Imran Khan said that corruption is the main cause of Pakistan’s decline.

He made these views while addressing the US think tank US Institute for Peace in Washington.

“The corruption is the main cause of poverty in the entire world,” he continued, “when I took over the charge Pakistan was reached to the verge of bankruptcy.”

Commenting over the relation with India, Prime Minister Imran Khan has reiterated the desire to have friendly relations with all immediate neighbours of the country including India.

Prime Minister mentioned that he struggled for 15 years against corruption as I started with social work but soon after I realized only social works could not be changed the fate of the people of Pakistan and decided to enter in politics. 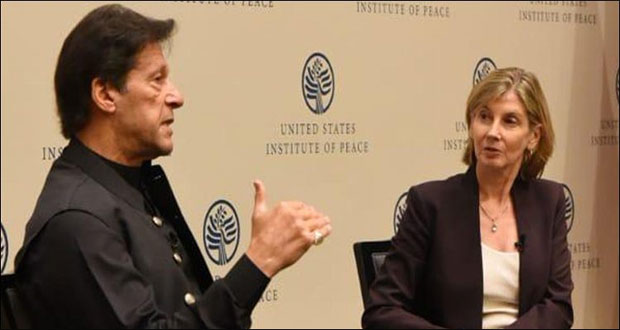 PM Imran said that his Pakistan Tehreek-e-Insaf (PTI) government reached out to all neighbouring countries to iron out differences and rebuild confidence to establish better trade ties after coming into power last year.

Commenting on the Afghanistan issue, the prime minister vowed to press the Taliban to come to the negotiation table after returning from Washington as he said he enjoyed their trust for professing right from the first day that the issue could only be resolved through dialogue.

During the meeting, both discussed opportunities for enhanced cooperation, including expanded trade and investment avenues. 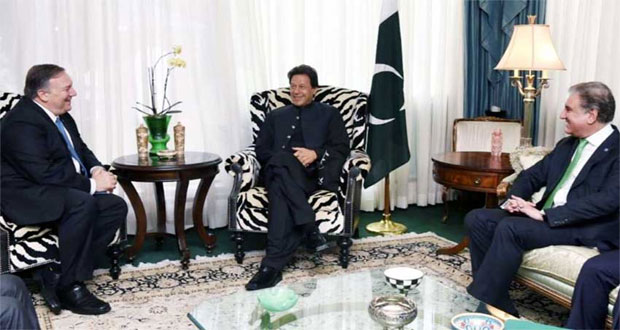