ISLAMABAD:Prime Minister Imran Khan has given task to woo allied parties of the government to Jehangir Tareen.

Sources said that after Muttahida Qaumi Movement-Pakistan (MQM-P) announced its departure from the government other allied parties of the government Grand Democratic Alliance and Balochistan National Party- Mengal (BNP-M) also expressed their reservations and have announced to hold their consultative meetings. 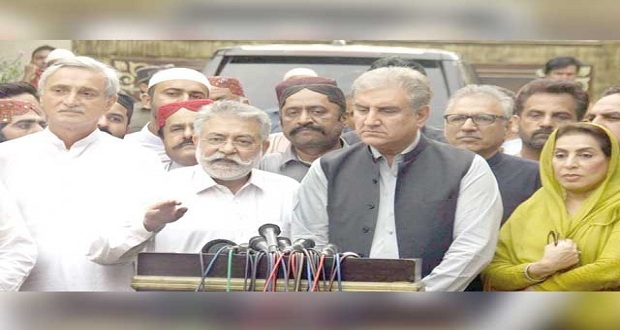 BNP-M will hold its meeting on January 19 on the other-hand Grand Democratic Alliance has called its meeting end of this month where they will decide whether to remain in the government or quit it.