Opposition Negative Politics Will Not Last In…

ISLAMABAD: Prime Minister Imran Khan has lauded the judgement of International Court of Justice (ICJ) of not acquitting the Indian spy Commander Kulbhushan Jadhav and allowing Pakistan to proceed as per law.

Taking to Twitter, the Premier said: “Appreciate ICJ’s decision not to acquit, release & return Commander Kulbhushan Jadhav to India. He is guilty of crimes against the people of Pakistan. Pakistan shall proceed further as per law.”

Appreciate ICJ’s decision not to acquit, release & return Commander Kulbhushan Jadhav to India. He is guilty of crimes against the people of Pakistan. Pakistan shall proceed further as per law.

ICJ on Wednesday had rejected the Indian appeal to release the Kulbushan Jadhav, who was arrested in 2016 and sentenced to death by a Pakistani military court for carrying out acts of terror in Balochistan and Karachi, and ruled he will remain to continue under Pakistan’s probe.

Pakistan’s legal team, headed by Attorney General for Pakistan Anwar Mansoor Khan was present in the courtroom where the verdict was announced on Wednesday.

The judgement has read out by Judge Abdulqawi Ahmed Yusuf.

The Judge ruled that Jadhav be allowed consular access and asking Pakistan to ensure “effective review and reconsideration of his conviction and sentences”. 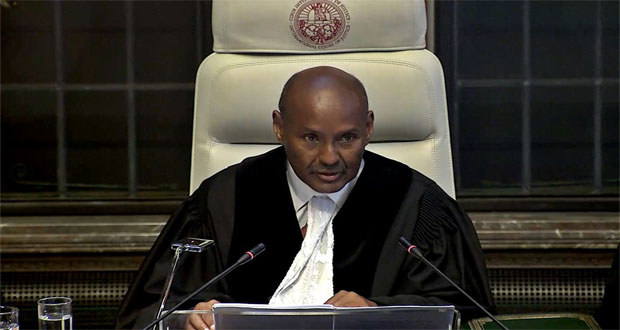 ICJ asked Pakistan to review the execution of Jadhav, however, Kulbhushan will remain in Pakistan’s detention.

” There is no doubt that the Kulbhushan is an Indian citizen and India did not show his original NIC,” the judge said in his ruling.

“The Court considers that the violation of the rights set forth in Article 36, paragraph 1, of the Vienna Convention, and its implications for the principles of a fair trial, should be fully examined and properly addressed during the review and reconsideration process,” the court directed. 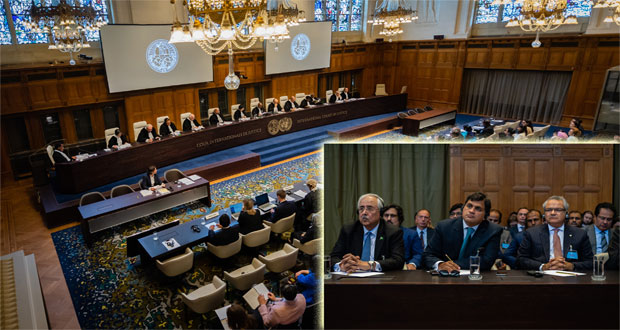 “In particular, any potential prejudice and the implications for the evidence and the right of defence of the accused should receive close scrutiny during the review and reconsideration,” it said.