Afghan Groups Should Sit Together To create…

Anyone Who Commits Rape Is Solely Responsible…

As per details, Prime Minister Imran Khan is chairing the third meeting of federal cabinet in Islamabad. The meeting participants will discuss the overall economic situation in the country.

The meeting will review the implementation process on the 100-day plan of Pakistan Tehreek-i-Insaf (PTI).

Formation of task forces for austerity and cost resuction will also be the part of agenda.

During the previous meeting, the cabinet banned the use of all discretionary funds of President, Prime Minister and Members National Assembly (MNAs) as it is an insult to tax payers.

Minister of Information and Broadcasting Fawad Chaudhary told that from now onwards, the development projects will be discussed in parliament and their approval will be given after a detailed review.

The federal cabinet is also expected to give a go ahead to major structural reforms in the Federal Board of Revenue (FBR).

The federal government, according to sources has decided to do away with three positions within the FBR.

The cabinet meeting is also expected to approve reforms in criminal procedure code and order a task force to oversee reforms in civil law and National Accountability Bureau.

Earlier on August 27, the Prime Minister Imran Khan gave the task to the interior ministry to bring back plundered money and directed to take concrete measures in this connection.

Talking to the ministry officials, Prime Minister said that bringing back of looted money from abroad was a challenge, however, the interior ministry should take solid steps to complete the task.

PM Imran emphasised upon the need for greater coordination between the Federal Investigation Agency (FIA) and National Accountability Bureau (NAB) to fight white collar crimes and other corrupt practices.

He said that every effort would be made to accomplish those goals besides putting in place a robust system that could be an effective deterrent against such things in the future.

The prime minister said that overseas Pakistanis, the most valuable asset of the country, we’re ready to bring their money to Pakistan and invest in various sectors of the economy.

He, however, added that there was the need to provide them a conducive environment that ensured safety and security of their lives and property. 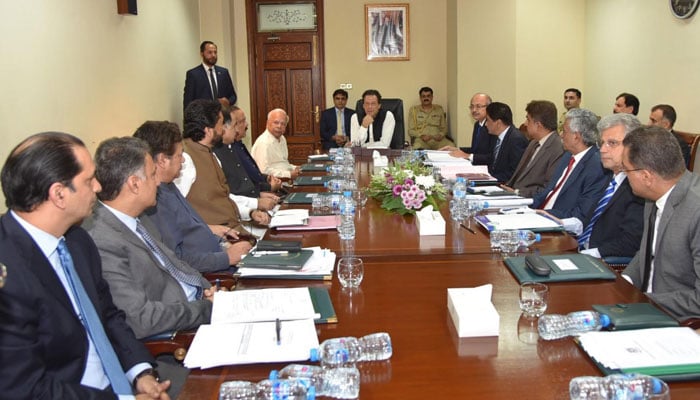 The prime minister said that the Ministry of Interior and its attached departments should play their role more effectively towards ensuring service delivery, improving the overall security situation in the country and providing a sense of security to the citizens.

Secretary Interior Yousaf Naseem Khokhar made a detailed presentation about the functions of the ministry and relevant departments.

He also briefed the prime minister about various steps taken by the ministry, including the adoption of legislative measures and policies, to combat terrorism, prevent smuggling, human trafficking and curbing electronic and other crimes.