PM Imran Urges Western World To Come Out Of Islamophobia

JEDDAH: Prime Minister of Pakistan Imran Khan on Saturday said that the western countries should refrain from hurting the sentiments of the Muslims in the name of freedom of expression as Islam is a peaceful religion and nothing do with the business of terrorism and the ‘Christchurch Mosque Attacks’ have proved our narrative.

Addressing to the 14th Organization of Islamic Countries (OIC) summit in Jeddah he said, “The extremism should be separated from religion and it’s our responsibility to let the world know that any derogatory remarks against the Prophet Muhammad (P.B.U.H) hurt our sentiments.”

Prime Minister also urged the world to play its part in solving the Kashmir crisis under the light of the resolution of the United Nations (UN). 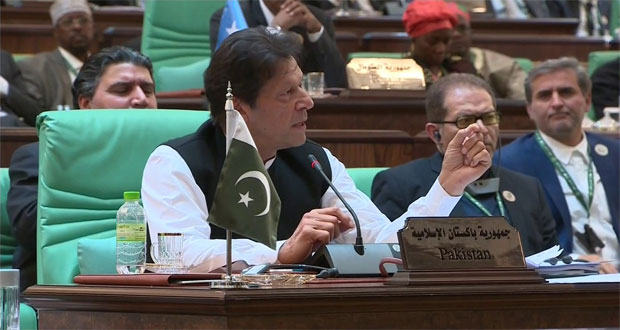 He said, “A sustainable peace in the region is impossible without a permanent solution of the Kashmir issue and the Kashmiris should get their right to self-determination.”

“Oppression against the Muslims should be stopped and the world should differentiate between the peaceful political struggle and terrorism,” PM Imran added.

“Before 9-11 most of the suicide blasts were conducted by the Tamil Tigers but no one tied it with the Hinduism,” he further said.

Commenting on Palestine the PM said, “Innocent Palestinian people are the victim of state terrorism of Israel and the Golan Heights should remain a part of Palestine.”

“The western nations should come out of the Islamophobia as the recent attacks on two of the mosques in Christchurch have proved it right now it’s the responsibility of our leadership that it should play its part in helping the world to realize this fact,” he said.

In the last of speech by urging members of the OIC he said, “The OIC should play its part in the enhancement of the education of science and technology among its member nations so the fruit of modern-day technology could be achieved by the Islamic world.” 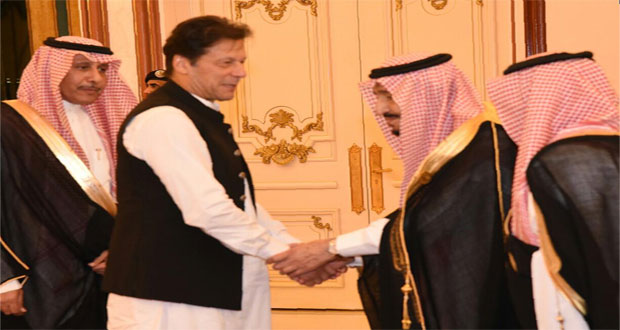 The Prime Minister was welcomed by Kind Salman Bin Abdul Aziz upon his arrival at the hall where the top-leadership of the 57 member Islamic nations met to discuss the issues faced by the Muslim world.

As you sow so shall you reap: Maryam Nawaz